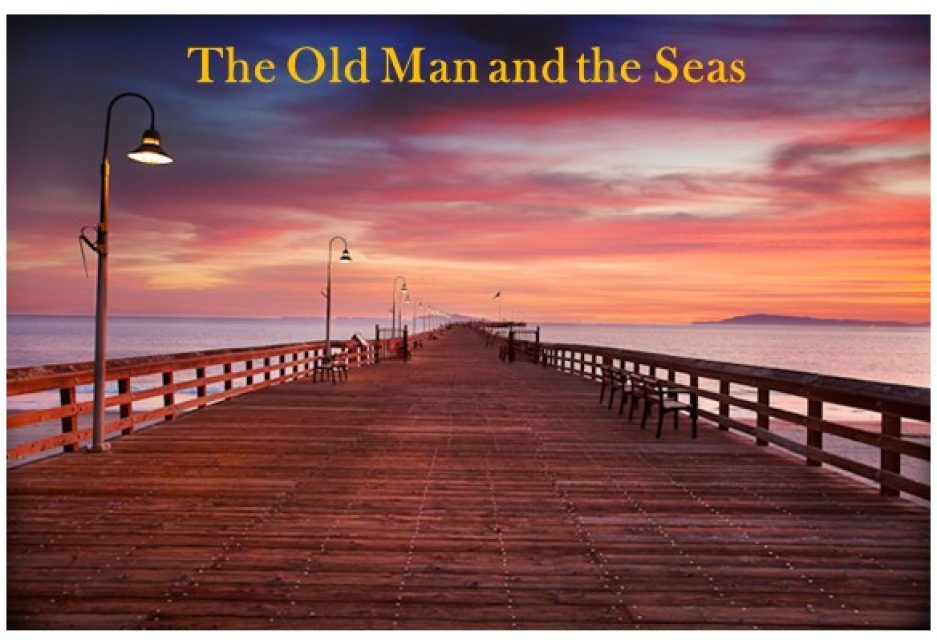 I had a little frustrating situation arise this morning and when I got home from dealing with it around 11 AM, I really didn’t feel like hanging around the house so I did something I have been thinking about doing for a while. I grabbed my ultra-light fishing outfit, a bag of Anchovies, my bucket, filet knife, and towels, then headed for the Ventura Pier. I really didn’t expect to catch anything, I just wanted to get out of the house.

After two hours, and one Croaker later, I was ready to call it a day. I had been fishing up and down the pier all that time and everyone was feeling the same way; it was time to go in, then the Fisherman’s Dream happened, we had a massive “Mack Attack”. For the next hour or so, I could not bait my hook and haul in Mackerel fast enough. I caught 8 of them and 4 Smelt to boot. One of the Smelt was so big, 15″, I didn’t think I’d land it on my ultralight but I did and I gave it to a neighbor fisherman. I also gave a Mackerel to another neighbor who was running out of bait.

Then things got REALLY crazy. When I was hauling in a Mackerel a Cormorant, who’d been hanging around all day, grabbed the tail end of it. So we had a battle to see who’d get the fish. I won this round but my neighbor was not so lucky. The same Cormorant I was dealing with tried to steal a small Croaker he was reeling in when the bird’s leg got caught up in his line so he had no choice except to bring it in. For the next 15 minutes, I tried and failed, to put my fishing towel over the bird’s head and very large sharp beak. While I was distracting it, though, he managed to get his line off the bird’s foot. It finally limped away and flew off the pier, with the Croaker . We got a big round of applause for that.

As I was leaving for the day, I was thinking about stopping and buying more Anchovies for tomorrow but it turns out I didn’t need to. The fisherman I gave the big Smelt to, gave me a half a bag of Anchovies in thanks for the fish.